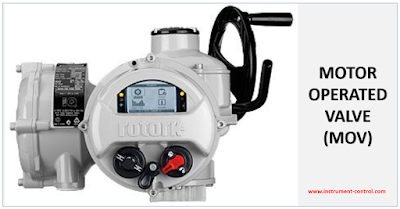 Electric motors have long been used to drive large valves, especially valves that are operated on / off (shut off). Progress in design and motor control circuits has brought Motor Valve (MOV) technology to the point where it now competes with old actuator technologies such as pneumatics in throttling the valve.

MOV has a high-speed motor that is connected via a gear train to reduce motor speed and thus increase torque on the stem. The direction of the motor rotation determines the direction of disk movement. MOV is equipped with a hand wheel, which can be used for manual valve operation. 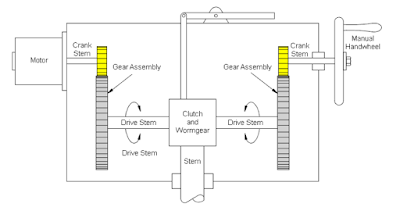 Figure 3 is an MOV type On-Off that moves the ball valve rotary. This electric actuator is equipped with a handwheel for manual operation. 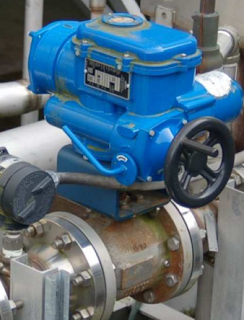 A small lever on the left (clutch) activates the coupling mechanism to connect or release the valve mechanism from the electric motor and handwheel. This clutch "chooses" the motor or handwheel as the main valve driver, this is also to avoid the handwheel from rotating when the motor rotates.

Figure 4 below shows the MOV installed on the butterfly valve. In this case the MOV can be operated throtling, using 4-20mA signals for commands and feedback. 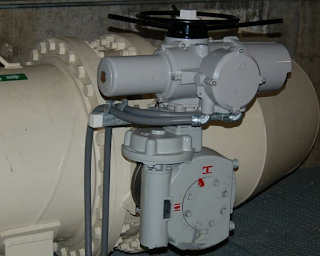 Note the circular shape of the casing where the open-close inndicator is (at the center of the valve stem butterfly), this contains the worm wheel. To the left of the circular sheath is a vertical ornamental cylindrical shape, this contains a screw worm, which moves the worm wheel gear. Above the worm screw is a spur parallel-shaft gear set which serves to reduce the speed of the motor rotation towards the screw worm.

The motor shaft ends in small teeth, which are fused with larger teeth that rotate the shaft of the worm screw. Above the parallel-shaft gear set is the main casing of the actuator, which actually contains its own internal worm gearset. This reduction in multi-stage gear means that the motor rotates very fast compared to the butterfly valve element, and that the butterfly valve is able to exert a torque that is far greater than the torque of the motor.

For On-Off MOV type, feedback usually uses a limit switch to find out the full open and full close positions. For throttling type MOV, an electric actuator requires an actual valve position sensor so that it can position the valve correctly to the desired condition. This sensor can be a potentiometer, or LVDT, or an encoder.
Understanding and Working Principles of Motor Operated Valve (MOV) 2019-05-18T21:24:00-07:00 Rating: 4.5 Diposkan Oleh: Admin
Facebook Twitter Google+ Linkedin Technorati Digg LintasMe