7:01 AM / Admin / Actuators, Valve,
Control Valve is used to control several parameters such as pressure, flow, level, and temperature by fully opening or closing or partially in response to signals received from controllers that compare "Setpoint" to "Process Variables" whose values are fed from sensors that monitor changes in the condition. 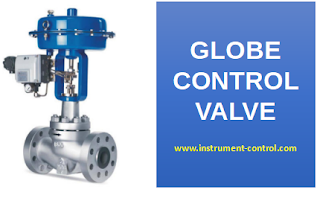 The Control Valve has the following 2 parts:

Parts of the actuator: 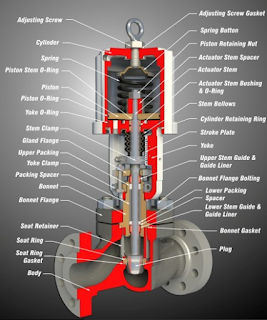 Parts of the body Control Valve: 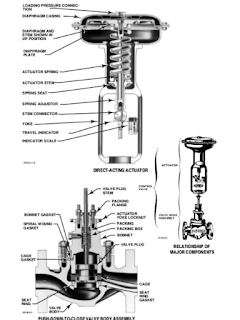 The working principle of the Valve Control parts:

Coupling
Couplings are used to connect the actuator to the body control valve.

Plug
Plug is the most important part of the body control valve. Seat is on plug.

Plug stem
The plug stem is also known as a spindle. This plug stem is connected by a coupler to the actuator.